Singing of love songs
Birds
Also even trees
Sea waves shoot each other
For love for peace
Wind whispers love words
Together with peace
Sun warms
With love with peace
Even while it pour rains
Singing love songs
Together with peace
The World turns around itself
West to east
Occurs day and night
The World turns around the Sun
Occurs seasons
Love and peace
Living together in the World
Moving together
And the World
Sings of love and peace songs.

There are wars in the world
Very cruel
Innocent people dying
Where there is no peace
There are sadness and unhappiness
There is bad life
Love and respect disappears
Jealousies and selfishness begins
They succumb to their ambitions
They kill each other
Children are crying for peace
These cries must end stop
All people must be happy, laugh
Peace provides people to love, respect,
Provides people to live happy and peaceful.
Thus humanity, goodness,
Beautiful life begins.
Peace makes life easier,
Makes countries strong.
Peace brotherhood, solidarity, tolerance provides,
Finishes evil.
Peace is important and beautiful for humanity. 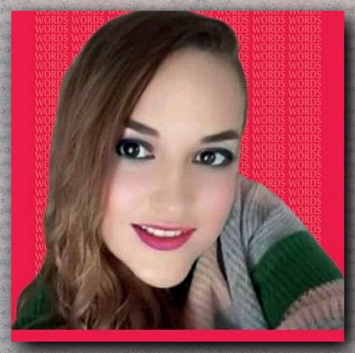 Türkan Ergör was born in 19 March 1975 in city Çanakkale, Turkey. She is from city İzmir, Turkey. Her father name is Sait Halim Ergör. She graduated from the Department of Sociology, Philosophy, Business Management and Home Management.

Award-Winning Turkish Writer. She has won many awards and recognitions around the world from various institutions and organisations abroad. She has role model for all her writer friends with worldwide won many awards and recognition from various institutions and organisations abroad. Türkan Ergör is a prominent writer from Turkey who has been articles and poems effective about life and the environment. Türkan Ergör is the honored Turkish Poet with the Prashamshith Pathr (Certificate of Honor) by the world's most active writers forum "Motivational Strips" and the leading literary institution of the Indian Government "Gujarat Sahitya Academy" (under the State Government of Gujarat). The best of 350 world's foremost poets and writers from 80 countries were selected for this award. Türkan Ergör continues to inspire the world readers by setting a benchmark in poetry worldwide.On 22 February 2020, Türkan Ergör was honoured with a World Award of Excellence in Literature 2019-2020 by the Provincial Municipality of Urubamba, Republic Government of Peru. The certificate of honour was issued by Luis Alberto Valcarcel Villegas, Mayor of Urubamba. The world award of excellence 2019-2020 was conducted by the Government of Peru jointly with their Associates Motivational Strips world's most active writers forum, World Nations Writers Union, Kazakhstan and the Union Hispanomundial De Escritores, Peru. Türkan Ergör was one of the selected poets from Turkey for this highly distinguished honour. Türkan Ergör was awarded the Excellence in Literature Award by Spanish-World Writers' Union-UNIÓN HISPANOMUNDIAL DE ESCRITORES UHE.

She is the author for bilingual poetry books called "RING-YÜZÜK", "WORDS–KELİMELER". Garnered fame for its profound poetry related to life and environment. Her poems have been translated into different languages and published. She believes that each day lived is a new learning which inspires her to write on varied subjects. Türkan Ergör is a writer who knows and embraces love as our common language. She is an International Ambassador for Peace in some countries. She is International Goodwill Ambassador of The Brahmand Evolution Council, the Universal Mission for Peace, Justice and Humanity. Türkan Ergör was given a gold necklace for his leading role in the service of peace and humanity by Humanitarian and Peace Forum President Ambassador AbdullGhani Yahya Alebarh. Türkan Ergör, Spanish-World Writers' Union–UNIÓN HISPANOMUNDIAL DE ESCRITORES (UHE) of Turkey President. She is a member of the WNWU-Union of Writers of the World in Kazakhstan. She has won additionally many awards and accolades from various entities and instutions abroad. She is an icon of peace and has been awarded by World Institute of Peace, Nigeria for her social activities to upkeep World peace in 2017. Awarded medal for World Peace by the Italy World Union of Poets. She was awarded the "World Poetry Star" World Literature Award by the World Writers'Union of Kazakhstan. In March 2019, Motivational Strips and its Nominating Authorities awarded Türkan Ergör with a Golden Dove of Peace award. Türkan Ergör was awarded the "Golden Eagle" first prize in the "Humanist" category by the Spanish World Writers' Union, UNIÓN HISPANOMUNDIAL DE ESCRITORES (UHE). She was "SENATOR ELECTED OF THE ITALY WORLD UNION OF POETS FOR CHAMBRE OF POETS" from 29 December 2018 until 30 June 2019, Her Senator continues until 22 June 2022. Awarded International "Best Poet 2020" by the International Multi Disciplinary Research Conference. She was named International "Best Author, Writer 2021". She was also named International "Best Poet 2021". Universal Poets and Writers Association, "APEU", El Salvador, was pleased to recognize Türkan Ergör's talents and cultural work. Her poems were published in International Antologhies named "Temirqazyq-Best Poet/Writer 2017 World Anthology by World Nations Writers' Union Kazakhstan, LET THERE BE PEACE, ATUNIS GALAXY ANTHOLOGY-2019, IN DEPTH, A SPARK of HOPE, GENDER DISPARITY, Odyssey International Anthology Of World Poets 2020". Paramount Sultan of the Philippines HM SULTAN MORAD S. UMPA and HRH SULTAN ALI AMPASO UMPA gave the title of Princess for Türkan Ergör.

Her messages: Our children are crying for peace and love, please abandon hatred and make this World beautiful for our children.